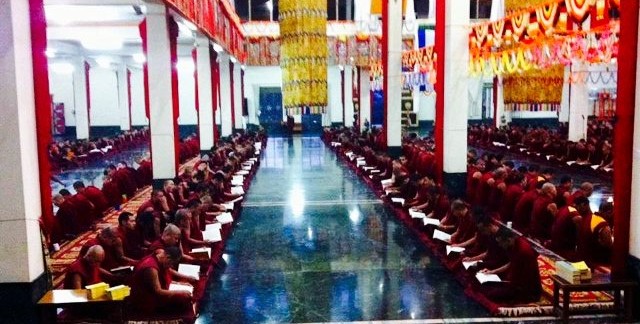 DAGPO RINPOCHE first teaching session in Asia was in Bali, back in August 1989. A devoted Indonesian-Dutch lady practitioner by the name Lie Tjhioe Lan (Cik Lan) first invited Rinpoche to Indonesia and introduced him to the senior monks of Indonesia. At that time Rinpoche met Bhante Girirakhito and gave the very first teaching under the moonlight at Singaraja, Bali.

Since then, Rinpoche has routinely visit Indonesia to share the teachings of his great lineage. The main teachings he gives is the Stages of the Path to Enlightenment or the Lamrim. In the early years, the teachings were given in short courses, which then develop into longer sessions up to Lamrim retreat and Transmission.

Around five years ago, in December 2010, Rinpoche started the complete transmission on the “Liberation in Our Hands” text, which continue during the course of year-end retreat in 2011, 2012, and 2014. In December 2013, Rinpoche decided to attend the Jangchub Lamrim Transmission series given by HHDL 14 in Southern India. At that time, the Kadam Choeling Indonesia organized for the first time–a prayer event at Kaliandra, Eastern Java province, with the title “Mahapranidhana Puja”.

Beside Indonesia, Rinpoche has already given teachings extensively in Europe, mainly France, the place where he stays now. Rinpoche also teaches in India, where he rebuilt the original Tibetan Dagpo Dratsang in the valley of Kullu-Manali Himalayan mountain range. In his recent annual schedule at Dagpo Dratsang, Rinpoche manage to confer the transmission of “Manjushri’s Oral Instruction” for the period of September 2nd until 14th, 2015, to around 200 participants coming from France, Holland, US, Malaysia, Indonesia, including the resident monks of the monastery in India.

When Rinpoche was about to return from India to France, he was detected for a mild heart attack and had to undergo medical treatment. Currently Rinpoche is still undergoing a treatment at a rehab center in France. Due to this situation, the December 2015 schedule in Indonesia has to be revised. Ven. Bhadra Ruci of Kadam Choeling Indonesia once again takes the initiative to organize the 2nd Mahapranidhana Puja–Pray for Rinpoche, to be held at Vila Istana Bunga, Lembang, Bandung, the location originally intended for the “Liberation in Our Hands” transmission and retreat.

December 2015 will mark the almost 27th year of Dagpo Rinpoche’s Cipta, Karsa, and Karya–his great and extensive work, love, and activity–in Indonesia. The sadness of Rinpoche’s revised schedule is inevitable because the year-end event is truly the annual main agenda of spiritual mind and heart reconnecting with the great teachings of the Buddha, along with the supremely skillful and kind spiritual master as great and noble as the warm and brightly shining dharma sun, the most beloved and respected Venerable Dagpo Rinpoche, Lama of Our Hearts, the Great Suwarnadwipa Guru.

Come and Pray for Rinpoche with us!
Information and registration log on to:
www.kadamchoeling.or.id/pray4rpc 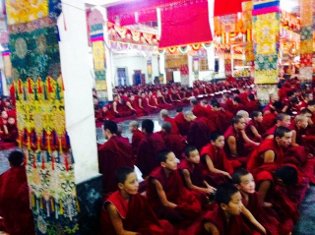 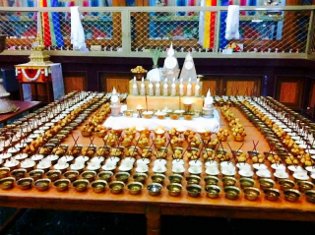 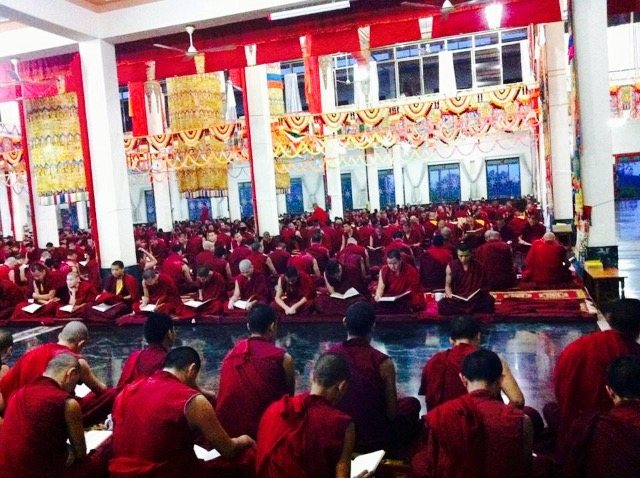 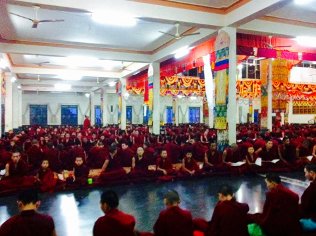 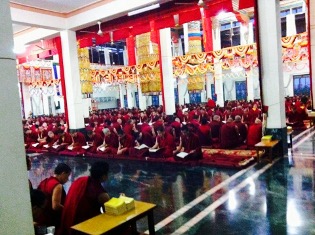 Photo: Extending warm wishes and prayers from Indonesia to Rinpoche as well as everyone at Drepung Monastery participating in the prayers funded and offered by Ven. Dagpo Rinpoche.
Photo Credit: https://www.facebook.com/DrepungGomangMonastery